0
was successfully added to your cart.

Helen Lyons has been honoured with a Point of Light award by Prime Minister.

Helen Lyons has received a special award from the Prime Minister

An inspirational Chester teacher who founded a charity to help bereaved families following the loss of her own baby daughter has been honoured by the Prime Minister. Helen Lyons, 34, has received a Point of Light award from David Cameron for her tireless work through Elsie Ever After, which she set up after the tragic passing of Elsie at just 19 months old.

Chester Blue Coat CE Primary School teacher Helen realised that few services exist to help children like her eldest daughter Florence cope with their grief.
In just two years, Helen has raised £33,000, had more than 78 families referred to her for personalised support, and given out 1,300 bereavement packs for children.

Prime Minister David Cameron called Helen a ‘true Point of Light’ for touching the lives of so many people. “By choosing to use her experiences to help parents and children who are dealing with the loss of a loved one, she has made sure families in the North West always have somewhere to turn for bereavement support in their time of need,” he said.

Through Elsie Ever After, Helen provides direct bereavement support for those who do not meet the criteria for counselling elsewhere.
She also offers free services such as expressive dance classes for bereaved children, an online bereaved parent support group and guidance for adults working with children who have lost someone close to them. Her mission is to link all existing bereavement services and to plug the gap where services are lacking.

Helen was ‘shocked and delighted’ to be chosen as a recipient of the Point of Light award. She said: “I am so honoured to be recognised for the work I am doing to support bereaved families through Elsie Ever After. “I accept this award on behalf of all the amazing volunteers and organisations who work tirelessly to provide crucial bereavement support in our area and nationwide. “I dedicate this award to every single one of our supporters who have followed our journey, raised funds for us, given their skills and time and spread the word, so families can get the support they need at the time they need it most.“I am truly humbled to be supported by such generous and loyal supporters. Without them, none of what we do would be possible. ‘Small acts of kindness’ “When my daughter died, I realised that no-one could make the situation any better, but small acts of kindness could bring light to our darkest days: this is what we hope we are doing for others through the support we are providing.”

Helen was nominated for the award by Eddisbury MP Antoinette Sandbach, who sadly lost her baby son in 2009 from sudden infant death syndrome when he was only five days old. Ms Sandbach said: “The work that Helen does and the service that is provided is superb and I wish that I had been able to benefit from it years ago, I know that because of Helen and her determination other parents suffering a loss will be much better supported; I cannot praise her work enough and that is why I nominated her for the award, Helen deserves every recognition.” 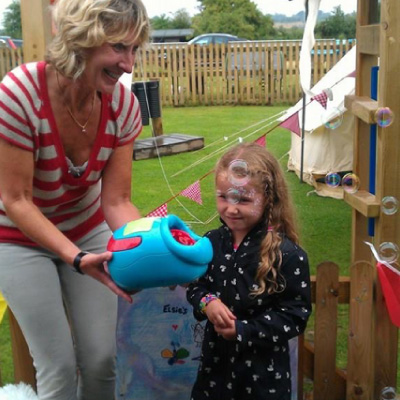